First Sunday of the rest of my life

As with many other moments in my recent day to day life, my imminent departure lends tonight a curious ‘significance’, in that it would otherwise be the night before I would be going back to work after the Christmas holiday. Many of my friends and family are at this moment getting an early night, perhaps after finishing off the last of the party-season leftovers and setting out clothes ready for the coming working week. I would doubtless be doing exactly that myself, had I not quit my job and my home at the end of last year. Instead I am making a to-do list for the coming week including items such as ‘sell car’, ‘buy syringes and emergency dental kit’, ‘upgrade fishing line in survival tin’ and ‘load Kindle with books for next five years’. The poignance of the break with my usual new year routines makes a change from the poignance I am growing more accustomed to in everyday situations that suddenly seem as if I am doing something ‘for the last time’, and feeling a bit sad as a consequence. That’s to be expected no doubt, but it can fairly take me by surprise when I’m just going about my business buying a four pack of baked beans in the Co-op, before realising that there’s no point storing up nuts for the winter like a good little squirrel any more!

So… two weeks to go. Not even that actually, T-minus 13 days and counting until the day when I will pedal out of my adopted hometown of Glossop, where I’ve lived for the last fifteen years, and head off on a journey of… well I don’t have any idea of what it will be other than that I expect I will be challenged physically and mentally in ways that I could never expect. So let’s see what happens. For most of my life I have been something of a control freak, in the sense that I would normally try to plan for every circumstance and research everything to the smallest possible detail. With this trip I am still trying to avoid making elementary mistakes of kit choice and skills acquisition (mechanical, basic medical etc) but at the same time relax my normally obsessive grip on route, schedule, tick list of must see sights and must do activities. Rather, I am trying to just make sure I know enough of the basics not to repeat the blunders of people who have gone before me (any more than I need to), while allowing the journey to take its own course as I head off across Europe towards Central Asia. I would be lying if I said I haven’t got a mental list of places I really want to visit, but it’s all pretty much a fantasy, the reality will no doubt be far stranger and more enjoyable for being unplanned.

For the next twelve days I am going to make my one concession to ‘training’. It’s a word I normally use with disdain, as in the past the ‘training’ I’ve undertaken for various harebrained schemes has typically been at least as enjoyable and worthwhile in its own right as the final event. But as with previous campaigns, I know that a bit of effort beforehand will probably mean slightly less pain later, so tomorrow I am taking up a 12 day free pass at the leisure centre and will (shudder) pedal an exercise bike if I can face it. Shocking as it may seem, I haven’t actually pedalled in earnest since September, and then only sporadically since my peak mileage weekends in June and July (although they were pretty decent mileages, at close to 400 miles in my birthday weekend treat of riding Glossop-Newcastle-Carlisle-Glossop). Anyway, the demands of selling up and finishing off at work at the end of last year, combined with the usual dreary winter weather, mean that I am not bike fit and will certainly benefit from easing into the pedalling with a couple of weeks to warm up gently. Even with the freakishly low gear ratios I’ve specified on the bike, there is a real risk I might have to push it, fully laden and wobbling up Brabyn’s Brow when I leave on Saturday 17th Jan. To be honest I feel badly in need of some exercise now anyway, after consuming my own body weight in cheese and wine over the last couple of weeks!

On which note, I want to say an enormous and heart-felt thank you to the lovely people who shared their Christmas and New Year holidays with me; especially Dom, Ben, Rob, Brad, John and Lee at Jack Badger, without whose kindness and indulgence it would have been inconceivably more traumatic to move out of my house and transition to the life of a wandering cyclist. Thanks to you guys I have a roof over my head, somewhere to sort through my gear and good company for these last few days in Glossop. Thanks also to Emma, Mark, Gill and JJ for the best Christmas I can remember for a long time, and to my sister Jane and her family for accommodating & spoiling rotten so many of the rest of our family for New Year #2 this weekend.

Anyway, updates will follow more frequently now as I get closer to lift off. I’ll be testing gear in the next few days, so I’ll share my musings on tents, bike bits and such like for the gear fetishists among us! 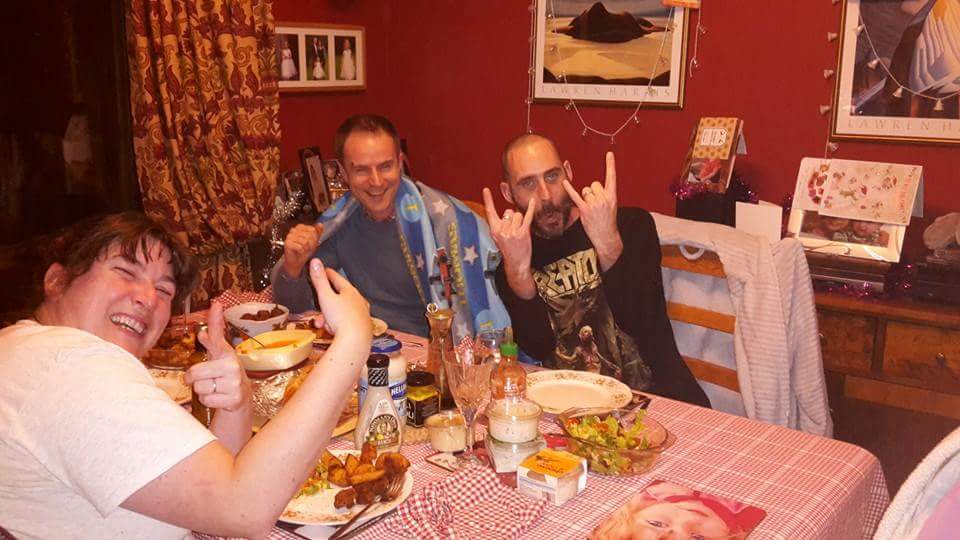 Planning and preparing Ready to roll

A Path with a Heart

The Illusion of Control